Should You Refuse a Field Sobriety Test? Ask a DUI Attorney in Huntington Beach CA

Should You Refuse a Field Sobriety Test? Ask a DUI Attorney in Huntington Beach CA 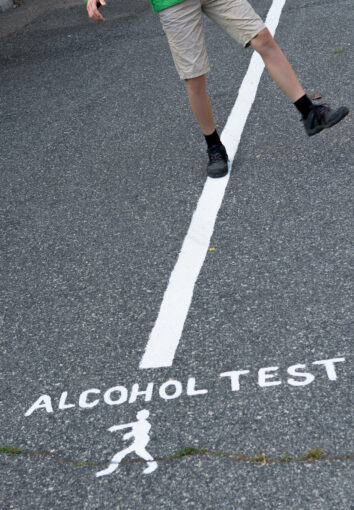 Consider the following scenario: you’re driving home from work (after a post-work drink with your coworkers) when you see lights and hear a siren. You come to a halt, perplexed as to what went wrong. The officer approaches you and orders you to exit the vehicle. He then requests that you complete a field sobriety test (FST). Are you in agreement? Will an FST be beneficial or harmful in the long run?

Keep reading to learn the basics. If you have been arrested for an alcohol-related charges, contact a DUI attorney in Huntington Beach CA by calling Simmons Wagner, LLP at (949) 439-5857.

What are field sobriety tests?

Field sobriety tests are a series of tests conducted by law enforcement officers on the side of the road or on the street, referred to as in the field. These tests are used to see if you are sober by putting you through a series of physical tasks to assess your skills. They include exercises like the walk and turn, which require you to walk in a straight line with one foot in front of the other, then turn and return the same manner.

The one-leg stand is another typical FST, in which an officer would ask you to stand on one leg. You may be unable to maintain your equilibrium if you wobble or put your other foot down, indicating that you are not sober. Finally, an officer may urge you to maintain a straight posture and follow his or her finger or a pen with your eyes. The horizontal gaze nystagmus test is what it’s called. It’s a sign of drunkenness if your eyes “jerk” at a specific point while following the pen or finger.

Should you take a field sobriety test?

So, if you’re pulled over, what should you do? Do you think you should take these tests? You should respectfully decline to undergo field sobriety testing, according to a DUI attorney in Huntington Beach CA. You are not obligated to take FSTs under California law.

In reality, you have a constitutional right not to accept them since the state would otherwise force you to testify against yourself, which would be a violation of your Fifth Amendment rights. Of course, you don’t have to explain why you’re declining. It’s enough to simply say no while staying courteous.

Taking FSTs may appear to be of little inconvenience, especially if you believe you will easily pass them (a feeling that often increases as you continue to consume alcohol). However, by submitting to these tests, you are providing the authorities with evidence that can be used against you. It’s possible that it’ll be the deciding piece of evidence in your case. That is why most criminal defense attorneys would urge you to decline the FSTs.

If you are 21 or older and not already on DUI probation, you can also decline to take any roadside breathalyzer testing. You must, however, submit to a chemical breath, blood, or urine test if you are arrested on suspicion of driving under the influence. You may face extra repercussions if you fail to comply.

To learn more, or to request a consultation with a Dui attorney in Huntington Beach CA, call Simmons Wagner, LLP at (949) 439-5857.