Prosecution Methods for the DUI of Marijuana in California

Home » Blog » Prosecution Methods for the DUI of Marijuana in California

Prosecution Methods for the DUI of Marijuana in California 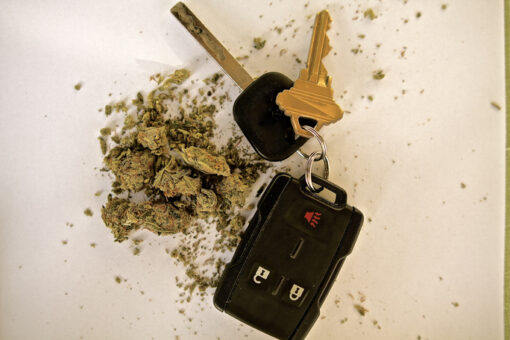 Many Californians hailed the legalization of marijuana following the November 2016 election. While medicinal marijuana use has long been legal in California, the majority of voters in this election voted to legalize marijuana for all reasons.

While many people enjoy using marijuana for medical and/or recreational purposes, its legalization raises some complications in DUI cases. It is still illegal to drive under the influence of narcotics to the extent that your ability to drive with the care and caution of a sober person is affected, regardless of whether marijuana is legal in California. But how can it be established that you were unable to drive due to your impairment?

Keep reading to learn about this topic and then contact Simmons Wagner, LLP at (949) 439-5857 if you are facing a DUI of marijuana charge and require help from an experienced criminal defense attorney in California.

Proving DUI of marijuana can be difficult

The science underlying determining a person’s marijuana level is difficult. While a test can reveal the amount of THC (marijuana’s active element) in a person’s blood, it does not establish that they were impaired. So, even if California enacted a legal limit for marijuana and driving, as other states such as Colorado and Washington have done, a person with that quantity of THC in their blood would not necessarily be unable to drive.

Legal limitations for marijuana and driving, according to the AAA Foundation for Traffic Safety, are arbitrary and unsubstantiated by research. According to their findings, marijuana testing has limitations and cannot be used in the same manner as chemical tests for blood alcohol content can. THC tends to cluster in fatty tissues, unlike alcohol, which flows through the body in a predictable manner. THC found in a person’s body does not necessarily suggest it was affecting their central nervous system; it could simply be stored in their tissues and not impair their ability to drive.

There are further difficulties with marijuana testing science. THC, unlike alcohol, exits the body fast. This means that a blood test would have to be conducted within an hour after driving to get an accurate readout of how much THC is in a person’s system. However, just because a blood test is done swiftly does not indicate it is accurate. THC is kept in fatty tissues and cells, as previously stated. This indicates that after smoking or ingesting marijuana, a person’s blood can exhibit THC levels for weeks.

There is no reliable way to determine intoxication levels

Prosecutors will most likely rely on witness testimony about a person’s observations to prove DUI of marijuana prosecutions for the time being. Police officers will most likely say that a person showed particular indications of marijuana impairment or was driving in a dangerous manner. Many of these allegations will be refuted by a qualified DUI lawyer.