Criminal Defenses for a DUI Charge in California

Home » Blog » Criminal Defenses for a DUI Charge in California

Criminal Defenses for a DUI Charge in California 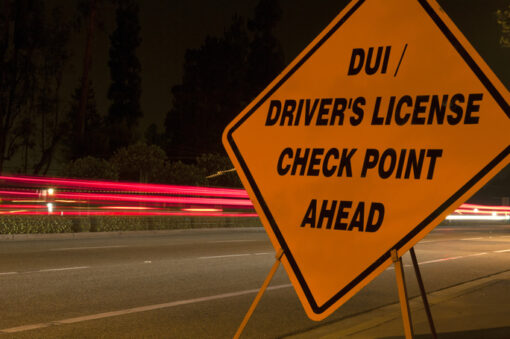 A DUI investigation conducted by a California law enforcement agency is typically a highly technical process that requires extensive training for the officer conducting the investigation. Even the slightest error can get a DUI case dismissed. If you face a DUI charge, getting the help of a California criminal defense lawyer is essential for you to prevent the charge from becoming a conviction.

Overview of a DUI Crime in California

As one of the most common types of crimes committed in California, a DUI produces a wide variety of punishments.

Here are the three most influential factors that determine the severity of a punishment for a DUI conviction:

Most California judges do not sentence first-time DUI offenders to prison. Some of the conditions placed on a first-time DUI conviction can be requiring a defendant to attend MADD classes, attend alcoholics anonymous meetings, and/or volunteer at a local hospital. However, a DUI conviction goes on your record, which means your attorney has to use one or more of the following criminal defense for a DUI charge in California.

Getting arrested for a DUI at a law enforcement sanctioned checkpoint might seem like fighting the charge is a lost cause. The fact is some law enforcement agencies make mistakes when setting up sobriety checkpoints, including not following the court-mandated rules for setting up a checkpoint.

Field sobriety tests can issue false positives, which means your lawyer will review law enforcement documents to determine whether the arresting officer failed to notice that you suffered from a medical ailment at the time of the arrest. You might have vertigo or suffered from extreme fatigue at the time of the field sobriety test, which makes it difficult to complete the tests that measure body balance.

A law enforcement officer must have a “reasonable” suspicion that a crime took place to pull you over for a DUI. Law enforcement officers cannot act on a hunch when pulling people over for any alleged crime. Your attorney might be able to punch holes in the prosecution’s case if the arresting officer did not have a valid reason for pulling you over. Also referred to as “probable cause,” a valid reason for pulling you over can be because of speeding or failing to signal before making a turn.

Violation of the Procedure Established for the Breath Test

As the device used to measure BAC, a breathalyzer can register a false-positive result. Your attorney can review police officer records to determine whether there is a pattern of false positives generated by a breathalyzer. However, law enforcement officers can also violate the procedure established for administering a breathalyzer test. For example, a police officer has to observe you for 15 minutes before taking a sample of your breath for testing.

If you face jail time or you are afraid that you will lose your job because of a DUI conviction, you should speak with a California-licensed criminal defense lawyer who has successfully defended clients against DUI charges. Contact Dan Wagner or Scott Simmons today at (949) 439-5857 to schedule a free case evaluation.