Can You Be Charged with a Crime for Road Rage? The Answer Might Surprise You

Home » Blog » Can You Be Charged with a Crime for Road Rage? The Answer Might Surprise You

Can You Be Charged with a Crime for Road Rage? The Answer Might Surprise You 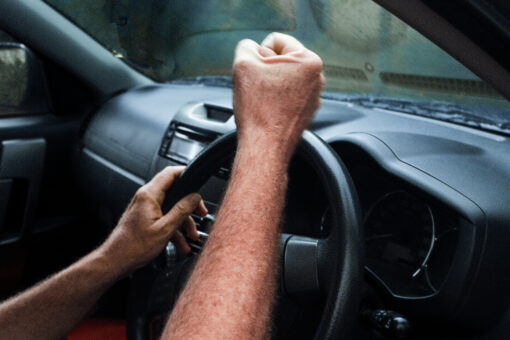 An Arleta resident was recently detained after being accused of causing a collision on a Santa Clarita freeway in June. Road rage was the reason for the collision.

A passing vehicle recorded the accident and the events leading up to it on video. On a motorcycle, the Arleta resident is seen kicking a vehicle as he speeds up to it. The sedan swerves, overcorrects, and hits the center divider, ricocheting back into the flow of traffic. The pick-up truck then receives damage from the sedan, rolling the vehicle. The accused never stopped during the chaos; instead, he is seen scurrying away on camera.

If you act out your road rage in California and it causes an accident or harm to someone else, you may be charged with a crime. Following his recent arrest, the accused is now facing a number of criminal counts, including hit-and-run, reckless driving, and assault with a deadly weapon. Keep reading to learn more each of these charges and then contact Simmons Wagner, LLP at (949) 439-5857 to request a consultation if you are facing these or other criminal charges.

Assault with a dangerous weapon

A charge of assault with a dangerous weapon may be brought against a driver who injures someone else while using an automobile or motorcycle as a weapon. Depending on the circumstances and whether the victim was hurt, this offence may be punished in California as a felony or a misdemeanor, with penalties ranging from a fine to several years in jail.

If road rage causes a driver to drive carelessly and with no concern for other people’s safety or their property, the driver may also be charged with reckless driving. Excessive speeding, risky weaving through traffic, and attempting to strike or sway another vehicle are all examples of evidence that is frequently used to support a reckless driving charge. Whether another person was injured or property was damaged will determine whether reckless driving is charged as a misdemeanor or felony.

A “hit and run” is a crime in California if you hit someone or their property with your car and then flee the scene without giving anyone your name or contact information. Depending on the gravity of the situation, a hit-and-run might also be charged as a felony or a misdemeanor.

It can be simple to lose patience on Southern California’s congested highways. The crimes associated with road rage, such as those mentioned above, are very fact-specific, so just because you were angry doesn’t mean you did anything wrong. It is crucial to speak with a skilled criminal defense lawyer in Southern California if you or someone you care about has been charged with any of these or other offences associated with road rage.

Contact Simmons Wagner, LLP at (949) 439-5857 if you are facing charges and require a legal consultation.