Ask a DUI Attorney in San Clemente CA: Can You Pass a Background Check with a DUI on Your Record?

Home » Blog » Ask a DUI Attorney in San Clemente CA: Can You Pass a Background Check with a DUI on Your Record?

Ask a DUI Attorney in San Clemente CA: Can You Pass a Background Check with a DUI on Your Record? 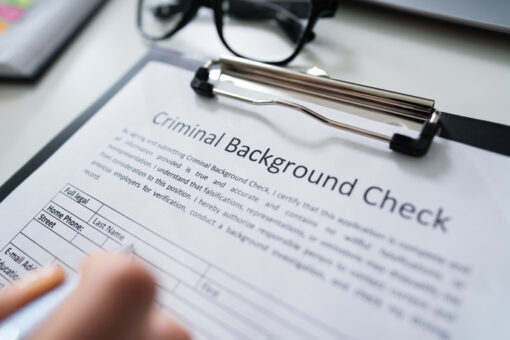 If you are convicted of a DUI in California, your conviction can be shown for up to 10 years on a background check. Any charges linked to a DUI, such as refusals to take a chemical test following a DUI arrest or other impaired driving offenses, may be revealed by a background check.

While California provides several safeguards for individuals, it might be difficult to pass a background check if you have a DUI on your record. Regardless of whether you have a prior DUI conviction or are facing a potential charge, a DUI attorney in San Clemente CA may be able to assist you.

What is the impact of a dui on my record?

A DUI on your record may be quite damaging, particularly if you are required to submit to a background check. Depending on how long it has been since your conviction and the severity of your DUI, the repercussions may be less severe. Even so, the mere fact that you have a DUI won’t help you.

With a DUI, passing a criminal background check isn’t impossible, but the odds are small. DUI convictions are viewed as unsafe by most businesses, colleges, and other organizations, and they may refuse to hire or admit you.

A DUI conviction is often seen as a sign of carelessness, untrustworthiness, and a lack of integrity by many individuals. Even if this was your first DUI and you haven’t made the same mistake again, others may still look down on you and impede you from progressing in your life or job. These are just some of the reasons that it is worth hiring the best DUI attorney in San Clemente CA.

DUI convictions result in immediate state sanctions as well as long-term implications. The state will preserve a record of your conviction for 10 years after you’ve served your jail sentence and paid all associated expenses.

While the state will use this record to calculate future punishments for drunk driving, background checks will reveal the conviction for the same period of time. Criminal background checks might be carried out by the following individuals:

Under certain circumstances, a DUI conviction might be expunged from your criminal record. The conviction can be effectively erased from your record through an expungement if you:

While an erased DUI conviction will not appear on a criminal history check, certain companies will list the conviction as being purged. Contact Simmons Wagner, LLP at (949) 439-5857 for a free consultation with a DUI attorney in San Clemente CA who can help you determine if you are eligible to have your DUI expunged.