You Have Rights at a California DUI Stop: Learn How to Protect Them

Home » Blog » You Have Rights at a California DUI Stop: Learn How to Protect Them

You Have Rights at a California DUI Stop: Learn How to Protect Them 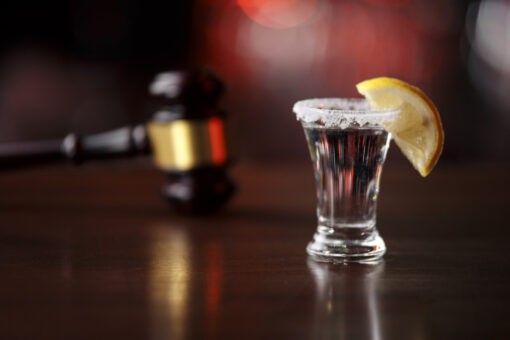 It’s every driver’s nightmare: you’ve had a few drinks with coworkers at happy hour, and as you’re driving home, you see the flashing lights and traffic that indicate a DUI checkpoint. Many California residents are understandably perplexed about the legality of DUI checkpoints and their rights if they are stopped. Most DUI checkpoints are allowed in general because the state is interested in preventing drunk driving. This post will go over your rights during a DUI checkpoint in greater detail.

If you are arrested for a DUI in California, contact Simmons Wagner, LLP at (949) 439-5857 for a free legal consultation.

At a DUI checkpoint, what happens?

At a DUI checkpoint, the police will close down the entire road or a section of it in one direction. Vehicles must come to a complete stop at the checkpoint, where authorities will request that they roll down their windows and produce their license and registration. Typically, the officer would ask the driver a few questions and look for symptoms of intoxication, such as slurred speech or physical impairment.

If you appear to be inebriated, the officer may initiate a DUI investigation and request that you submit to a pre-arrest preliminary alcohol screening (typically a roadside breathalyzer test) or a field sobriety test. If you fail one of these tests, you may be arrested for driving while intoxicated.

The rules at a DUI checkpoint

DUI checkpoints are subject to a set of rules. They must adhere to the following eight requirements in order to be legal:

If the police do not follow these regulations when setting up and running a DUI checkpoint, any arrests made as a result of the checkpoint may be dismissed in court if you have an experienced lawyer on your side.

Your legal rights during a DUI stop

You are not obligated to go through a DUI checkpoint in California. If you spot one ahead of you, you can turn around and avoid going through it as long as you don’t breach any traffic regulations. If you try to evade the checkpoint by making an unlawful u-turn or breaking the law in any other way, the police may issue a citation, and while doing so, they may suspect you of driving under the influence.

Keep in mind that if you pass through the checkpoint, you have the same constitutional rights as if you were stopped on suspicion of DUI at any other time. You have the right to stay silent; you are not obligated to respond to the officer’s queries or offer any additional information than is requested. As long as you are 21 years old and not on DUI probation, you have the right to refuse a pre-arrest preliminary alcohol screening (roadside breathalyzer test).

You have the right to refuse a field sobriety test if an officer requests it. Most DUI lawyers would advise you to speak as little as possible to a police officer at a checkpoint, refuse a breathalyzer (if allowed by law), and refuse field sobriety tests. DUI checkpoints allow police to stop cars without probable cause provided specific conditions are met. They don’t revoke any of your other legal rights.

If you were stopped at a DUI checkpoint, you will want the services of a lawyer who is versed with checkpoint laws. Contact Simmons Wagner, LLP at (949) 439-5857 to speak with such an experienced attorney.