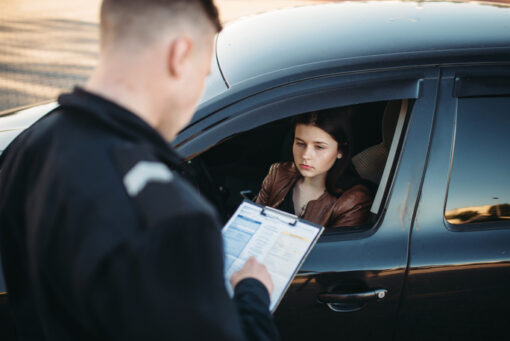 If you are arrested for DUI, you will be issued a temporary driver’s license while your case is being processed. In order to evaluate your license’s reinstatement requirements, the California DMV will require you to arrange an administrative per se (APS) hearing. Your driver’s license will be suspended if you are convicted of a DUI, whether through a trial or a guilty plea. If you are caught driving while your license is suspended, you could be arrested and face further criminal penalties.

If this happens to you, contact Simmons Wagner, LLP at (949) 439-5857 for a case evaluation from a criminal defense attorney.

So long as the California DMV sends you a notice of suspension, you are presumed to be aware that your driving privileges have been revoked. After your APS hearing, the DMV can suspend your license for up to four months for a first-time DUI conviction or a year for a second-time DUI conviction.

The DMV is required to issue you an official notification of your suspension, including its terms and duration. However, if you can show that the form was not sent on time or that the notice was sent to the wrong address, you may be able to avoid costs.

After a DUI arrest, you must be driving in order to have your license suspended

It may seem unusual to point out that you must be driving to be convicted of driving with a suspended or revoked license after a DUI. The prosecution, on the other hand, has the burden of proving that you were not only a passenger in the vehicle.

Furthermore, simply being located in the front seat of a car or truck does not guarantee you were driving. You might be in your car, for example, to fetch a phone charger. This would not qualify as the required driving for a legitimate arrest.

After a DUI, the penalties for driving with a suspended license are severe

In California, if you are arrested for driving while your license is suspended or revoked following a DUI, you will be charged with a misdemeanor. The most severe sentence a judge can impose for a first-time crime is a maximum fine of $1,000 and up to six months in county prison.

If you are arrested for driving while your license is suspended after a DUI, the court may impose the following penalties: a year in county jail and a maximum fine of $2,000. Instead of imprisoning you, the judge can sentence you to informal, brief probation. If you fail to fulfill your probation without incident, you will be sentenced to more time in prison.

If you’ve been charged with driving while your driver’s license has been suspended contact Simmons Wagner, LLP at (949) 439-5857 to request a free legal consultation with an experienced criminal defense attorney.