Get the Facts from a Criminal Defense Attorney: Can You Challenge a Search Warrant Issued Against You?

Home » Blog » Get the Facts from a Criminal Defense Attorney: Can You Challenge a Search Warrant Issued Against You?

Get the Facts from a Criminal Defense Attorney: Can You Challenge a Search Warrant Issued Against You? 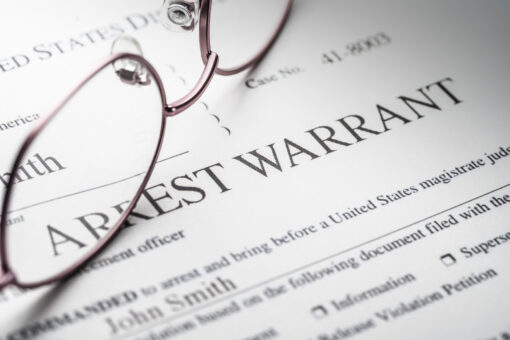 If you’ve been arrested for a crime, it’s possible that your arrest was based on evidence obtained through a search warrant. But what if you suspect the cops lied to get the search warrant in the first place? Is it possible to contest it and have the evidence seized thrown out?

Yes, to put it succinctly. You can fight a search warrant based on incorrect information, according to a criminal defense lawyer. This is referred to as crossing a warrant, and it is accomplished through the use of a legal document called a Franks move. If this request is successful, the judge may order the judge to suppress all or part of the material acquired under the warrant. Keep reading to learn more and then contact Simmons Wagner, LLP at (949) 439-5857 to request a free legal consultation.

When warrants can be issued

A warrant can only be obtained if there is a showing of reasonable cause, according to both California law and the US Constitution. This is defined as a reasonable suspicion that criminal behavior has occurred or is occurring. A judge is asked for a search warrant by a police officer or prosecution. The law enforcement officer or prosecutor provides an oral or written affidavit to support their warrant application, which is simply a summary of facts that causes them to feel that there is probable cause.

If a person feels the affidavit submitted to support a search warrant application contains incorrect information, they may try to circumvent the request. A Franks motion is used to accomplish this (which is named after a United States Supreme Court case, Franks v. Delaware). Your criminal defense lawyer in will argue in the Franks motion as to why the search warrant should be overturned.

If the trial court finds these reasons compelling, a Franks hearing will be held. Each side presents evidence to support or refute the warrant at this hearing, which takes place in the judge’s chambers. The individual who wrote the affidavit may also be questioned by the judge. If the court agrees with your criminal defense attorney, the Franks order will be granted, and part or all of the evidence acquired by the warrant will be suppressed (thrown out).

In criminal trials, there are several legal challenges that can be presented. Simmons Wagner, LLP is skilled in analyzing the facts of a case in light of California law and then advocating for the rights of its clients. Contact us immediately at (949) 439-5857 to learn more or to book a consultation with our law office.