Emotional Abuse is Considered Domestic Violence in Several States – is California One of Them?

Home » Blog » Emotional Abuse is Considered Domestic Violence in Several States – is California One of Them?

Emotional Abuse is Considered Domestic Violence in Several States – is California One of Them? 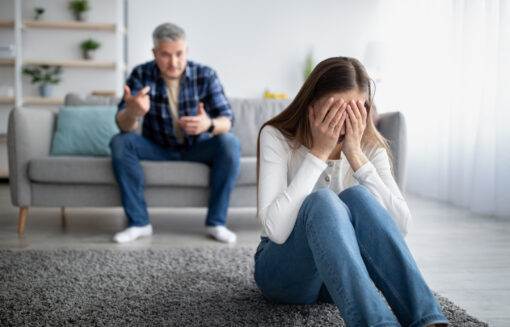 Connecticut became the third state in the US to include emotional abuse in the legal definition of domestic violence in June 2021 (the precise legal phrase is “coercive control”). Five additional states are considering similar laws.

Domestic violence protections are now offered for “patterns of behavior” that dominate, intimidate, or isolate a victim in addition to specific instances of physical abuse under these broadened criteria. In jurisdictions with “coercive control” legislation, abuse victims can therefore file restraining orders against their abusers for alleged emotional abuse as well as physical abuse or threats of physical assault.

Where does California fit into all of this, then? In California, can you be charged with domestic violence against your spouse or partner on the basis of emotional abuse? Let’s investigate this matter more thoroughly to see what we can learn. Then contact Simmons Wagner, LLP at (949) 439-5857 if you are facing domestic abuse charges and require a legal consultation.

Emotional abuse: what is it?

Although there are many distinct ways that emotional abuse can manifest, generally speaking, it is any action that is intended to dominate, intimidate, or isolate another person. This may involve making threats, calling someone names, making fun of them, giving them harsh criticism all the time, withholding affection or love as a form of discipline, isolating them from their friends and family, keeping an eye on their whereabouts and communications, or even controlling their finances.

Some instances of emotional abuse might progress to physical abuse. A partner might eventually hit their spouse or prevent them from leaving the house if they are continually yelling at them or trying to control everything they do.

According to the National Domestic Violence Hotline, one in four women and one in nine men in the U.S. have experienced serious physical abuse from an intimate partner at some point in their lives. Experts contend that emotional abuse in relationships is much more prevalent than physical violence, despite the difficulty in obtaining precise statistics.

The problem is that emotional abuse is frequently harder to prove than physical abuse, despite the fact that it can occasionally be even more traumatic. Furthermore, victims of domestic abuse are frequently unable to obtain relief in cases of emotional abuse because the laws of the majority of states only permit them to obtain protective orders against their abusers by demonstrating specific acts of violence.

The chief supporter of the coercive control legislation in Connecticut, former state senator Alex Kasser, expressed it this way: “Many victims feel that the invisible forms of domestic violence—coercive control—are more horrifying than physical violence. Our institutions and beliefs need to be updated to account with this reality.

When it comes to toughening its domestic violence victim protection laws, California has long been at the forefront of the pack. As an illustration, California was the first state to criminalize both stalking and cyberstalking. It should come as no surprise that you can be accused of committing any variety of domestic abuse offenses in California even if you’ve never had any contact with the claimed victim physically.

Many of these crimes fall under the category of emotional abuse or take place in a setting where such abuse is taking place. Examples comprise:

The “Coercive Control” Law in California

It’s also not unexpected that California was the second state to implement a “coercive control” statute given the Golden State’s tough position on all types of domestic violence (after Hawaii and just before Connecticut).

Coercive control, according to this law, is “a pattern of behavior that unreasonably interferes with a person’s free will and personal liberty and includes, among other things, unreasonably isolating a victim from friends, relatives, or other sources of support,” which went into effect in January 2021.

Because it can be challenging to classify a “habit of behavior” as a crime, it does not directly mention coercive control as a crime. By enabling them to request protective orders based on this “pattern of behavior,” it does, however, broaden the protections available to victims of domestic emotional abuse.

Given that it currently classifies a number of acts of emotional abuse as domestic violence, why would California propose a law that would impose coercive control? Because, like in other states, victims of domestic violence had to prove specific instances of emotional abuse in order for a judge to grant a protective order, it was previously only possible to seek injunctive relief against their abusers.

With the new law in place, accusers are no longer required to support their claims with particular acts, but instead can now show a broad pattern of emotional abuse to obtain a protective order.

How it affects the accused

Being accused of a felony including emotional abuse has long been possible in the state of California. Nothing has altered in that aspect. Whether or whether you are ever charged with a crime, the coercive control statute just makes it simpler for a spouse or significant other to accuse you of emotional abuse and obtain a protective order against you.

By evicting you from your home, interfering with your parental rights, and maybe affecting your capacity to earn a living or maintain a professional license, a protective order on its own can cause significant disruption in your life.

You need sympathetic legal representation in your camp if you’re being accused of domestic violence of any kind (emotional abuse or physical assault), so that your rights are upheld and your side is fairly heard. To discuss your matter and arrange a consultation, contact our law offices right now by calling Simmons Wagner, LLP at (949) 439-5857.