What Our Clients Need to Know About California Marijuana Laws

What Our Clients Need to Know About California Marijuana Laws 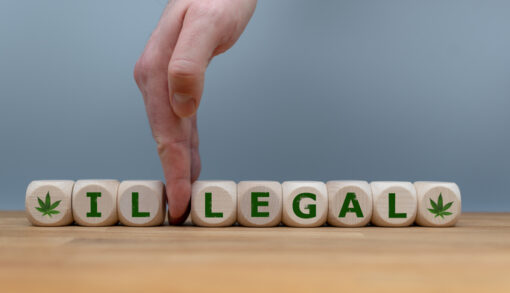 In November of 2016, California voters passed Proposition 64, which is called the Adult Use Marijuana Act (AUMA). The landmark law legalized recreational cannabis use for adults at least 21 years old. On New Year’s Day 2018, California began adult marijuana sales by opening several recreational dispensaries across the state.

Let’s review how the marijuana laws shake out for the State of California.

If you are 21 or older and you want to purchase marijuana in California, you have to display a government-issued ID such as a driver’s license to possess and consume cannabis. A healthcare patient or a primary caregiver who qualifies under AUMU legal standards can possess up to eight ounces of cannabis.

Like other states that have legalized marijuana at least to some extent, California has placed some restrictions on consuming cannabis. According to AUMA, the general term “Smoke” is used to define marijuana consumption. Smoking cannabis can involve burning, inhaling, or carrying a heated device containing marijuana. Vaping and ingesting also fall under the broad legal category of “Smoke.”

The AUMA forbids the consumption of cannabis at the following places:

If you are at a private residence that is within 1,000 feet of a school, youth center, or daycare center, you can consume marijuana if the scent is not detected in the surrounding area.

The AUMA allows for the smoking of cannabis at the following places:

Driving Under the Influence

Although California has legalized the possession and consumption of marijuana for adults, the state still punishes drivers that operate vehicles while under the influence of cannabis. Any circumstance of driving under the influence of cannabis is considered illegal by law enforcement and the California state government. Punishment for cannabis-related DUIs include fines, informal probation, incarceration, and/or suspension of driver’s license.

The risks of operating a motor vehicle while under the influence of marijuana clearly outweigh the benefits.

The same possession limit for marijuana applies to the transportation of it as well. This means that if you are 21 or older, you have the legal right to transport up to 28.5 grams of marijuana flower and up to eight grams of marijuana concentrate. However, you must transport cannabis in a child-resistance container that is located out of the reach of both the driver and any passengers. You cannot transport marijuana in an open package or container.

Exporting cannabis across California state lines is illegal and anyone facing a charge of illegal export has to deal with the penalties imposed by California law. California permits the delivery of marijuana for both medical and recreational purposes.

If you have a legal issue because of marijuana, you should speak with criminal defense attorney Scott Simmons or Dan Wagner to learn more about California’s cannabis laws. You can reach the Simmons Wagner Law Firm by calling (949) 439-5857.