What Happens When You’re Charged with a Drug Crime for Drugs That Are Not Yours?

Home » Blog » What Happens When You’re Charged with a Drug Crime for Drugs That Are Not Yours?

What Happens When You’re Charged with a Drug Crime for Drugs That Are Not Yours? 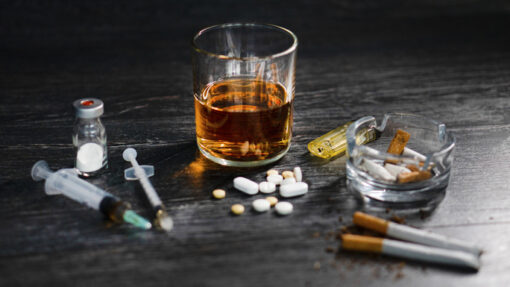 Police frequently hear people arrested for drug offenses say that the narcotics found on them were not theirs. While this is probably untrue most of the time, what happens if it is? Unfortunately, the reality is that if you are caught with narcotics in your hands, they are effectively yours under the law. If this describes your circumstances, you should contact a drug crimes lawyer straight away. For a free case evaluation, contact Simmons Wagner, LLP at (949) 439-5857.

The legal definition of drug possession may surprise you

There are three forms of drug possession in the state of California. The first is actual possession, which relates to having control, custody, or management of drugs. Someone with narcotics in their handbag or pockets falls into this category. Drugs that aren’t physically on you but that you have power over are referred to as construction possession. For instance, narcotics discovered during a search of your residence.

The third form is joint possession, which refers to when more than one person is in charge of the drugs. For example, if the authorities discover narcotics in the house of a husband and woman, they can both be prosecuted with possession.

Even if you weren’t in possession of narcotics, you can be arrested for drug possession

In certain circumstances, drug charges lead to the arrest of innocent persons. Let’s say a police officer pulls over a car and conducts a search. They discover drugs in the vehicle, but they are unsure which of the four individuals they belong to. The police may, for example, arrest everyone.

After that, the prosecutor must select who will be charged with narcotics possession. If no one admits to having the drugs, the prosecution may prosecute everyone and let the jury decide. Why? Because it is easier and faster for the prosecutor, and because they believe the people arrested will turn on each other.

The consequences of a conviction can be severe

Most people convicted of drug offences in California face harsh penalties. The length of your sentence will depend on the drugs found, how much was found, your criminal history, and whether or not the drugs were intended for distribution.

For some, drug diversion programs are also available. The drug charges are dismissed if the program is completed. This is an excellent alternative for first-time offenders or those who are suffering from a substance habit and require assistance.

If you’re charged with a drug felony, regardless of whether the narcotics were yours or not, you need to engage with a criminal defense counsel. Simmons Wagner, LLP can assist you; simply call (949) 439-5857 for a free case evaluation. a