What are Your Miranda Rights?

Home » Blog » What are Your Miranda Rights?

What are Your Miranda Rights? 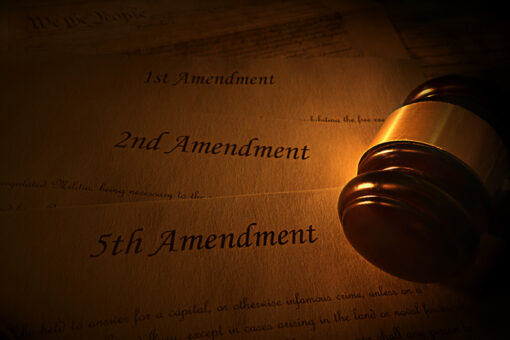 If you have watched a police drama on television, you have probably heard a cop reading a suspect his or her Miranda Rights. Police officers do not announce that they are going to read suspects their Miranda Rights. They simply start reeling off several rights that suspects have when charged with a crime.

Miranda Rights represent some of the most important rights that a suspect has, with the rights receiving special attention under the Fifth Amendment to the United States Constitution.

Miranda Rights come from a landmark case argued before the United States Supreme Court. Criminal suspect Ernesto Miranda confessed to a crime, but law enforcement never told him that he had the right to remain silent and a right to ask for an attorney. The Supreme Court overturned Miranda’s conviction. The ruling did not establish new rights, but instead, it confirmed the legal protections granted by the Fifth Amendment.

Four Components of Our Miranda Rights

When you heard a suspect’s Miranda Rights read on a police drama, you most likely heard something like this:

Every state has its own rules when it comes to what law enforcement says to suspects during an arrest. However, whatever is said must include four key legal components.

The Right to Remain Silent

What You Say Can Be Used against You

The second component of our Miranda Rights explains the legal repercussions of talking to a law enforcement officer about an alleged crime. If a police officer reads your Miranda Rights, and then you divulge information that reveals your guilt, then a prosecutor can use your admission as evidence during your criminal trial.

You Have the Right to an Attorney

Another scene that we see frequently in cop dramas is one or more officers interrogating a criminal suspect without the presence of the suspect’s attorney. You have the right to have a lawyer present during every interrogation that pertains to your case. A skilled criminal defense lawyer can coach you on which questions to answer and which questions to remain silent. The important thing to remember is suspects must ask for an attorney to be present.

If You Cannot Afford a Lawyer, the Court Appoints One to Represent You

If you believe law enforcement violated one or more of your Miranda Rights, you should contact a California-licensed criminal defense attorney. Schedule a free case evaluation with Scott Simmons or Dan Wagner by calling (949) 439-5857.