The Most Common Types of Cybercrimes

Home » Blog » The Most Common Types of Cybercrimes

The Most Common Types of Cybercrimes 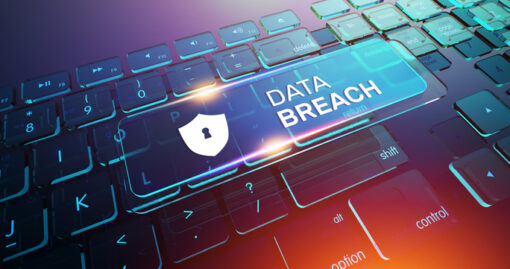 They say crime doesn’t pay, but that is not the case with cybercrimes. The 2017 Official Annual Cybercrime Report estimated cybercrimes in the United States will cost $6 trillion per year by 2021. That is a twofold increase from the $3 trillion figure generated in 2015.

Because of the enormous financial toll cybercrimes have on the American economies, prosecutors all over the country have taken steps to curtail the growing number of cybercrimes. If you face a charge for allegedly committing a cybercrime, you should get in touch with a California-licensed criminal defense attorney who specializes in handling cybercrime cases.

Legal Consequences of a Cybercrime Conviction

California law has established several penalties for defendants that are convicted of a cybercrime. A defendant convicted of a cybercrime can serve time in jail, pay a substantial fine, and/or compensate the victim for any financial losses. California law considers cybercrimes to be “wobbler” crimes that can return either a felony or a misdemeanor conviction. Whether a suspect is charged with a misdemeanor or a felony depends on the severity of the crime, how much evidence the prosecutor has collected, and the resolve of the prosecutor to send a message.

What are the Common Types of Cybercrimes?

It seems that with every passing year, more types of cybercrimes become known to California prosecutors. If the State of California charged you with a cybercrime, the first order of business is to understand the type of cybercrime charge that you face.

Here are the most common types of cybercrimes:

As perhaps the best-known type of cybercrime, hacking involves accessing a server, a website, or a computer network by using another person’s account information. Also referred to as unauthorized computer access, hacking is often conducted from a remote location. The Computer Fraud and Abuse Act makes hacking illegal.

Phishing occurs when a cybercriminal obtains personal information from a victim by acting like a reputable entity. For example, a cybercriminal commits a phishing crime by impersonating a representative from a bank to verify a customer’s bank account information. Phishing is frequently committed for credit fraud crimes.

Identity theft is a form of hacking because a cybercriminal illegally enters a computer system to retrieve sensitive personal data like a Social Security number and a checking account routing number. Because financial institutions have moved most of their customer information from print to digital formats, identity theft has become one of the most devastating cybercrimes.

As a cybercrime that is derived from the term “malicious software,” malware can come in a wide variety of formats. A cybercriminal might attach spyware on a computer from a remote location or use a Trojan horse virus to trick an unsuspecting victim into opening a tainted file. Malware can remotely control the operation of a computing system.

The rising popularity of platforms such as eBay and Craigslist have made Internet auction fraud a common type of cybercrime. Cybercriminals claim they have a product for sale, and then defraud a consumer by sending the consumer an inferior product or not sending the product at all. This is after the cybercriminal receives payment for the product.

Cybercrimes are still a relatively new type of crime that requires the expertise of an experienced criminal defense lawyer. Not only do the definitions of cybercrimes change, but the advancement of technology means new cybercrimes emerge every year. As your criminal defense attorneys, we will fight aggressively for your rights to ensure law enforcement has not wrongly accused you of committing a cybercrime.