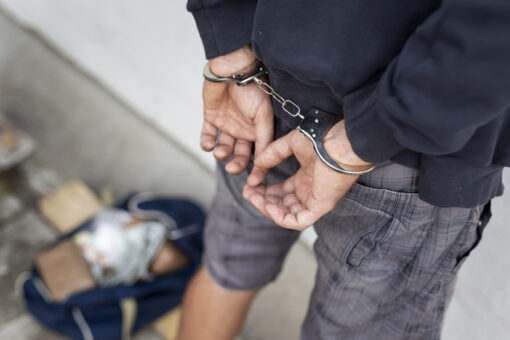 Whatever drug crime you’ve been charged with, it’s critical that you take it seriously. The penalties that may be imposed are severe and may include prison time. The good thing is that you have a variety of defense choices at your disposal. To schedule a free consultation and learn more about your options, contact Simmons Wagner, LLP now at (949) 439-5857.

In California, you can be prosecuted with drug offences in a variety of circumstances. You could face harsh consequences if you’re caught illegally possessing, making, selling, or transporting any of these substances:

Remember that even if you don’t have a prescription, you can be charged if you’re in possession of, selling, or carrying prescription medicines like Codeine or Vicodin. Other drug offenses include drug paraphernalia possession and driving while under the influence of controlled substances. If you’ve been charged with any of these or other drug-related offenses, you’ll need the help of a skilled drug crimes defense lawyer.

Penalties for drug offenses are possible

The penalty you’ll face will depend on the offence you’ve been charged with. Consider the possibility of being sentenced to three years in a state jail if you are charged with possession of a controlled narcotic.

On the other hand, you might be eligible for a drug diversion program like Prop 36 or PC 1000. In some situations, they can be used instead of going to jail. Charges like possession of narcotics with the intent to sell carry harsher sentences, while those accused of manufacturing illegal substances face the harshest consequences. If you’re accused of creating meth or turning marijuana into hashish, for example, you may face up to seven years in state jail.

The good news is that drug offences can be defended in a variety of ways.

The good news is that you aren’t alone. Simmons Wagner, LLP is on your side, and we’ll do everything we can to help you win your case. There are a number of highly efficient tactics that can assist you in refuting the charges leveled against you.

Police officers make mistakes from time to time. For example, if they violate California’s search and seizure regulations or our state’s entrapment laws, we may be able to get significant evidence declared inadmissible in court. This may cause enough damage to the prosecution’s case that they are unable to obtain a conviction.

This is only one of the many defense possibilities available when you deal with a top-rated Los Angeles defense lawyer. Everyone needs a strong defense, regardless of the charges leveled against them or the evidence presented by the prosecution. We will take your requirements seriously and work relentlessly to achieve the best possible result for you. To schedule a free consultation, call Simmons Wagner, LLP at (949) 439-5857 immediately.