Do You Have Questions About What Could Happen if You Are in Violation of Misdemeanor Probation? We Have the Answers You Need

Home » Blog » Do You Have Questions About What Could Happen if You Are in Violation of Misdemeanor Probation? We Have the Answers You Need

Do You Have Questions About What Could Happen if You Are in Violation of Misdemeanor Probation? We Have the Answers You Need 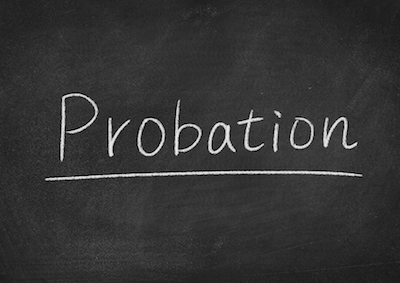 In a criminal case, the court has broad discretion over the punishment it will impose if you violate probation. You might get off with just a warning from the judge. The judge may also lengthen your probationary period or perhaps revoke it entirely, in which case you would be placed in jail.

If you have questions about what could happen due to being found in violation of misdemeanor probation, keep reading. Then contact Simmons Wagner, LLP at (949) 439-5857 if you require a legal consultation.

Will a warning be issued for violating probation?

A record of any warnings given is typically kept in your probation file. If you violate the law again, your punishments will probably get worse.

Due to the probation violation, you can be required to participate in therapy or a treatment program. If your infraction includes failing a drug or alcohol test, this might be the case.

Additionally, if you broke one of the requirements of your probation by committing a crime involving any of the following: substances (such as marijuana possession), alcohol (such as DUI), or rage (as in assault or battery). If the latter, you might need to take anger control classes.

Will the court change or terminate your probation?

Possibly. A judge may decide to change your probationary terms if the violation was reasonably substantial (e.g., you may have committed a new offense). 1 This often indicates that a court will add new requirements or impose stricter terms and conditions.

Additionally, a judge may decide to cancel your probation. If this occurs, the judge will typically order you to serve any suspended term by being imprisoned or serving a jail sentence.

Will a probation violation hearing be conducted by a judge?

If you break one of the conditions of your probation, the court may call a hearing to establish whether you actually broke the requirement. A “probation revocation hearing” is another name for a hearing on probation violations. The prosecution must prove that you broke a probation term by a preponderance of the evidence during this hearing.

Most jurisdictions provide that if the prosecution proves that you broke the terms of your probation, it may be revoked and you will have to serve a jail sentence in its place. It may also be reinstated with the same restrictions that were in place before the violation.

Will a warrant for an arrest be issued by the court?

For breaking a rule while on probation, the court may issue a bench warrant. When a bench warrant is issued, you will be detained and sent to court. Keep in mind that a bench warrant typically never expires. It remains in force until the judge recalls it.

Do you need a criminal defense attorney?

Yes. At these hearings, you have the right to legal representation from a probation violation or criminal defense counsel. It is typically essential to hire a criminal defense lawyer to represent you since they can demonstrate that you did not break the terms of your probation, reducing the severity of your penalty should a violation be discovered (for instance, by demonstrating that you have a relatively clear criminal background), and avoiding additional criminal accusations.

Contact Simmons Wagner, LLP at (949) 439-5857 now if you need help with a potential probation violation.