Defending Against an Arson Charge

Defending Against an Arson Charge 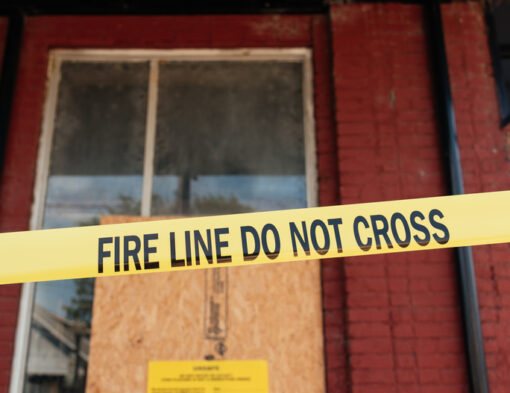 In California, arson has become one of the most serious criminal charges. This is mostly due to the wildfire epidemic that has swept the state over the past several years. If you face a charge of arson, you need to get legal counsel immediately that is provided by a California criminal defense attorney who handles arson cases.

Overview of an Arson Charge

There is a fine legal line between accidentally starting a fire and purposely setting something ablaze. Then, there are cases of negligence when carelessness leads to a fire that destroys property. Fires started on purpose can be the result of bad intent to hurt someone and/or damage someone’s property. Then, we have fraudulent intent, which involves the setting of a fire to collect insurance money.

Whatever the reason for an arson charge, you should contact the criminal defense lawyers at Simmons Wagner to get prompt legal representation.

How to Fight Back Against an Arson Charge

Defending an arson charge requires an experienced California criminal defense lawyer who can obtain evidence and interview witnesses. For many arson cases, witness accounts of the alleged crime take on more significance because some, most, or all evidence can vanish in a towering inferno. Because of the lack of evidence in some arson cases, proving guilt beyond a reasonable doubt becomes a difficult legal maneuver for prosecutors.

Here are three powerful defenses that leverage the legal principle of “Beyond a reasonable doubt.”

As we mentioned, collecting physical evidence after a fire is difficult for law enforcement to accomplish. However, with technological advancements in forensic science, a growing number of arson cases produce sufficient evidence to use at a criminal trial. An arson attorney can take advantage of a lack of evidence by planting the all-important seed of doubt that prevents one or more jurors from reaching a guilty verdict that is issued beyond a reasonable doubt.

Prosecutors that handle arson cases can refer to science in the explanation of what transpired at the scene of a fire. Science typically requires at least one expert to testify on the prosecution’s behalf. After hearing the testimony from one or more scientific experts, a criminal defense lawyer can call to the stand additional scientific experts that contradict the testimony provided by the expert witnesses called to the stand by the prosecutor.

Get Legal Counsel to Fight an Arson charge

California takes a dim view of criminals that commit arson. The recent spate of wildfires is one reason why prosecutors have ramped up the heat on defendants charged with the crime. If you face an arson charge, you should immediately contact a California-licensed criminal defense lawyer to help prepare for trial.

Contact the law firm of Simmons Wagner to schedule a free initial consultation to determine the best legal strategy for defending you against an arson charge. Call us at (949) 439-5857 to get the ball rolling on your case.